* In case of any delay in receiving the OTP, you may verify it later. Please proceed without verification.

Enter your City name or Pincode

Business and Economy in Kathua

Kathua is one of the most progressive districts in the state of Jammu and Kashmir. The region is particularly famous for its textile and agro based industries. However, agriculture is the primary occupation for majority of people in this area. 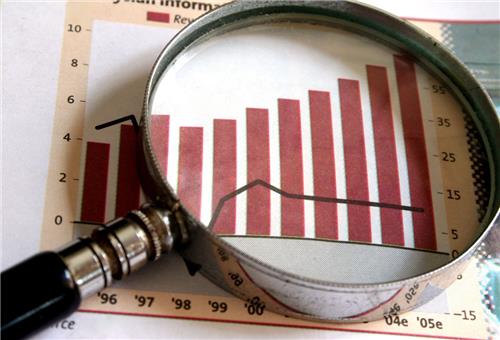 There are many crops grown here throughout the year. Religious tourism is also on surge here leading to generation of better employment for local youth. In short, the economy of Kathua thrives upon several factors that have steered its development in recent past. Let us explore the business and economic environment of Kathua.

There are many industrial units functioning in this district. The District Industries Center of Kathua looks after the growth and smooth working of industries in this region. It helps to implement the state promoted schemes and other facilities to the entrepreneurs. It has registered more than 4800 units till date which include 4 major industries as well. There are 2326 units functional in entire district giving employment to around 15500 people.

Kathua has shown tremendous growth in industrial sector. It has dedicated estates for the industries and excellent connectivity with the main cities of state. Availability of skilled manpower and better resources has induced this development. State government with some local agencies has implemented many schemes for the entrepreneurs of Kathua district. There are some leading large scale units offering employment to local people of this region. The industries here primarily include textile ad agro based industries.

Main Types of Industries in Kathua 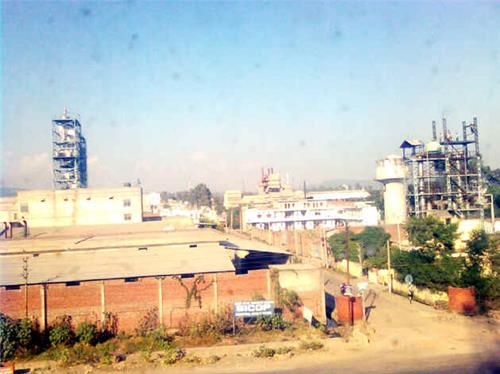 Industrial Estate of Kathua: This industrial area has total area of 102.8 kanals divided into 27 plots and 14 sheds.

Industrial extension area in Kathua: It has 274 kanals of land area and 48 plots.

Industrial Estate in Dewal Billawar: It has land area of 53.18 kanals and 7 allotted plots.

Industrial Estate of Hiranagar: With total land area of 21 kanals, this estate has 12 sheds and 2 allotted plots.

Industrial Area of SICOP: This estate has total area of 522.10 kanals having 522 plots and 120 units running on them.

Industrial Area of SIDCO: Total land area in this area is 210.16 kanals on which 6 units are currently working.

Industrial Area of Gathi: This area is constituted of 5 villages viz, Kalana, Mearth, Pandhrar, Nanan, and Chak Nanan. They collectively have land area of 3502.07 kanals.

There are some of the most impending industries working in this district. They offer employment opportunities and give desired boost to the economy of this region. The major industries in kathua include:

This Mill is run by Sutlej Textiles and Industries Limited of KK Birla Group. It was established in the year 1965 with capacity of 12, 600 spindles. As such, it is one of the oldest units in this state. The foundation stone of Chenab Mills was laid down by then Chief Minister of J&K, Late Janab Bakshi Ghulam Mohammad. Since then, it is offering employment to around 8300 persons directly and many other people indirectly.

It is functioning in Industrial Area of SICOP. It manufactures dairy products like cream, ghee, and skimmed milk. It was registered in the year 2003 with initial investment of Rs. 70 lakhs. It offers employment to around 38 workers working in three shifts daily.

It is established in SICOP industrial area of Kathua. This unit was started in the year 2000 with capital investment of Rs. 1.36 crores. It manufactures semi craft paper, duplex board, mill craft paper, MG paper, and virgin craft paper. It offers employment to 34 persons in its unit.

This unit also exists in SICOP Industrial Area. It manufactures cricket bats and offers employment to 11 people. It was established in 1997 with investment of Rs. 8.35 lacs.

It is the leading genset manufacturer in the country. It manufactures diesl and gas operated generators in its Kathua unit. 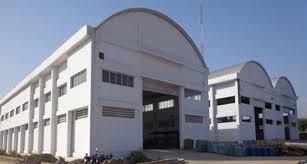 This factory in Industrial Extension Area of Kathua was established in the year 2000 with initial investment of Rs. 99 lacs. It manufactures PSC and OPC cement. Currently, it has strength of 50 employees.

This unit in Industrial Extension area of Kathua was established in the year 1997 with capital investment of Rs. 85 lacs. It manufactures cement from klinker and offers employment to 45 people in its unit.

This unit is established in SICOP industrial area of Kathua. It is engaged in manufacturing of vanaspati ghee, HRBO flakes, hard oil and refined oil. It was set up in the year 1999 with initial investment of Rs. 1.54 crores. The unit has workforce of 37 employees.

It was set up in the year 2000 at SICOP Industrial Area in Kathua with investment of Rs. 1.32 crores. The unit offers employment to 47 persons and it manufactures wire rods, square bars, hexagonal bars, and MS Round.

This mill is established in Industrial Extension Area of Kathua. It manufactures atta, suji, and maida in the factory having strength of 50 employees. The unit was set up in the year 1997 with capital investment of Rs. 98.5 lacs.

It is one of the oldest industries in this district. It was established in the year 1971 at Halti More area of Kathua with initial capital of Rs. 25 lacs. It manufactures guns and has 25 employees.

With employee strength of 36 persons, this unit is established in SICOP Industrial Area of the district. It was set up in the year 1998 with capital investment of Rs. 34 lacs. It manufactures eatables like biscuits, bread, and Rusk.

This foundry was established during 1997 in the Industrial Extension Area with capital of Rs. 23.68 lacs. Currently, it has workforce of 14 employees. It is engaged in manufacturing of foundry products like CI pipes castings along with sanitary fittings.

The district has only one identified cluster of industries. It is called as Jammu Cement Manufacturer. There are 15 units functional under this cluster offering employment to 250 people in the region.

For promotion of industrial sector in this region, state government offers its support through various agencies working at regional and local level. These agencies provide basic infrastructure and requisite assistance to the existing and new units. Agencies functional in Kathua include: 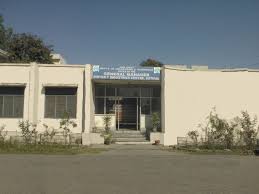 Since its inception, DIC n Kathua has led the district towards industrial growth with its fully fledged support.

Over the recent years, it has facilitated setting up of many industries from various sectors in this area, especially after the implementation of J&K Industrial Policy, 2004 and declaration of special packages to Jammu and Kashmir as an industrially backward state during 2002-03.

There has been no looking back since that time and industries are flourishing at fast pace in this region.

Main Functions performed by DIC in Kathua are:


Other Agencies Promoting Industries in Kathua

ITCO, Jammu: It identifies the profiles of various projects, conducts surveys, and offer consultancy for managerial and economic growth.

NSIC, Jammu: It provides equipments, plant and machineries to these units under hire purchase system.

Banks in Kathua: They offer financial assistance to the industries.

PDD: It provides power to the units for their smooth functioning.

Directorate of Industries and Commerce and MSME DI, Jammu: They offer complete assistance for export and marketing of finished products.

SICOP, Kathua: It provides industrial sheds as well as raw material to the functional units under supply from government.

Being rain fed region of Jammu and Kashmir, Kathua has sericulture as a growing industry. It offers employment to around 4000 people, especially those residing in rural areas. The average production of silk cocoon in Kathua is around one lac kg. In fact, Kathua is the leading producer of mulberry plants in Jammu region. It has 16 nurseries with 5 lac plants raised annually. 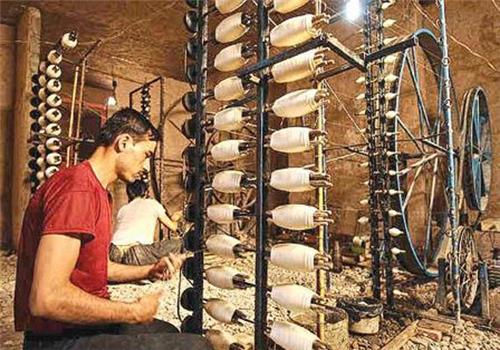 Agriculture is the main occupation in Kathua. Out of 2.65 lacs hectares of land possessed by the district, 0.45 lacs hectare is under agriculture use. The area under cultivation of crops is approx. 1.24 lac hectares which includes 0.63 lacs hectares of land that is repeatedly sown. The land holding pattern of Kathua is also quite varied. Main crops cultivated here are maize, paddy, and wheat. In the plain regions of Kathua, paddy and wheat constitute the staple food while in hilly regions, maize serves as the same. Wheat is grown over 50 thousand hectare of land and paddy over 36 thousand hectares. Millets, pulses, maize, oil seeds, and other vegetable crops cover 38 thousand hectare of sown area in Kathua. Fruits cultivated here include apple, citrus, pear, guava, and mango. 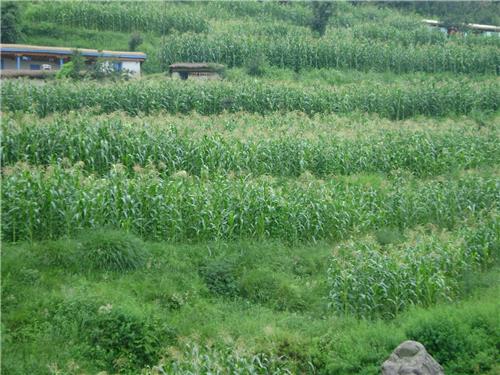 Livestock and poultry farming are also quite commonly done here. It includes indigenous cattle and cross bred cattle. There are many fisheries as well in this district.

Other Businesses in Kathua

There are many local businesses also flourishing in Kathua. These businesses are run by the local people and they are indispensable part of their lifestyle. Handicrafts, handlooms, wood carving, black smithy, etc.

Despite all the challenges, economy of Kathua is developing through leaps and bounds. The district is now making its presence felt among the industrial areas of the state. The future of industries and other businesses is quite promising in this region.

Comments / Discussion Board - Business and Economy in Kathua